A beginner’s guide to DAOs

A beginner’s guide to DAOs 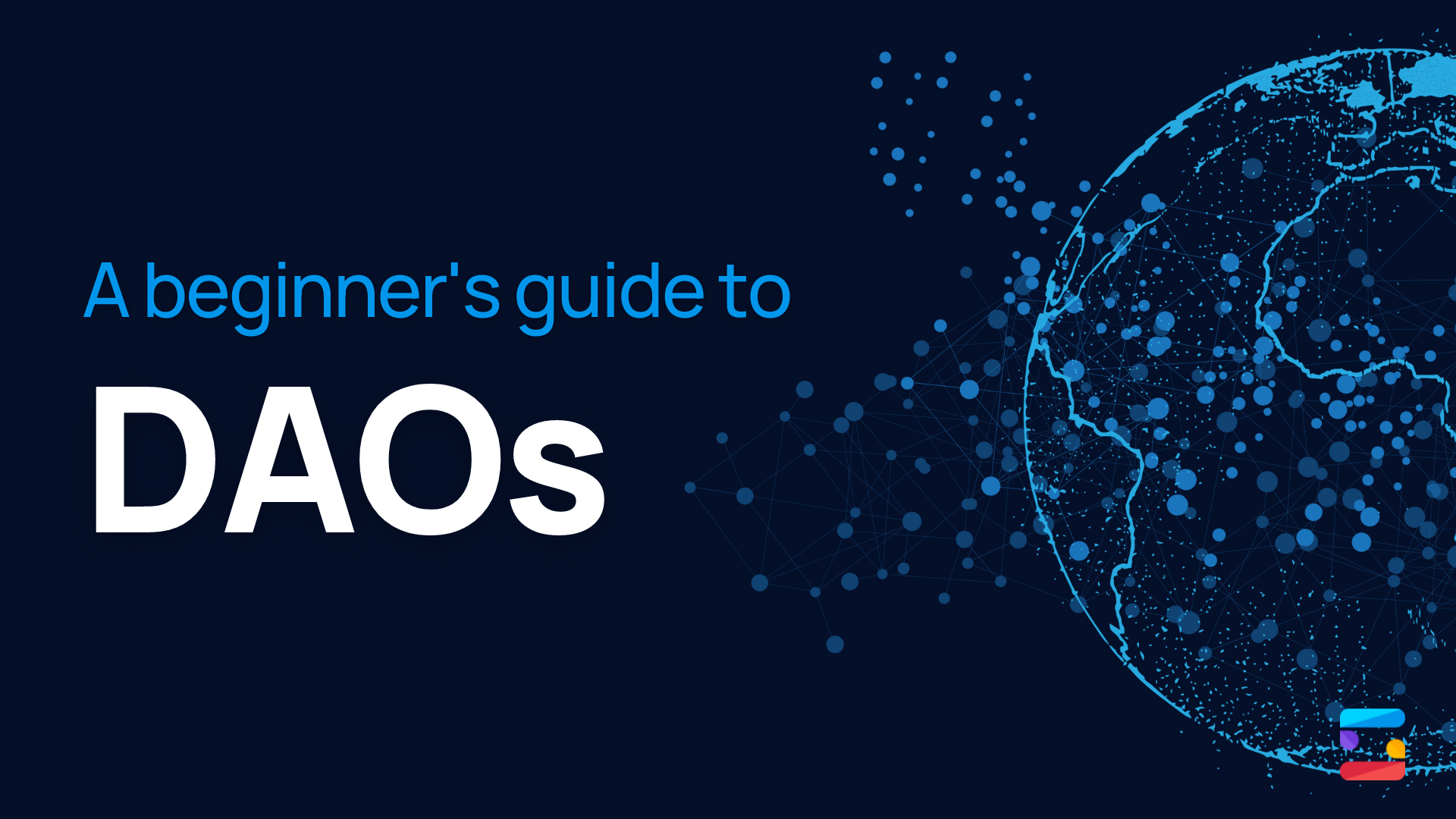 A DAO stands for Decentralised Autonomous Organisation. A DAO in simple words is a community based operational structure where each individual in the community shares a common goal and is set to contribute to that goal in some shape or form.

In the early days of web1.0 the internet allowed anyone to create a website and put them online, in web2.0 this democratisation of the internet grew at large scale and was established through enterprise platforms like google, amazon etc. Then next evolution of this internet is the web3.0 where centralised service providers are completely replaced by open source softwares, decentralised systems and globally distributed individuals working towards a shared goal.

In the world of web3.0 the consumers or customers of the blockchain can also be the members or owners who make a decisions for the blockchain. This type of structure brings a neutral approach to the organisation or the product which is based on the concept of DAOs ensuring unbiased and impactful decisions and resource allocation for the blockchain network.

The best example for one such neutral decisive approach is Ethereum. Ethereum has helped DAOs evolve at a significant rate where it enables a shared control over a crypto wallet to achieve common goals collectively. 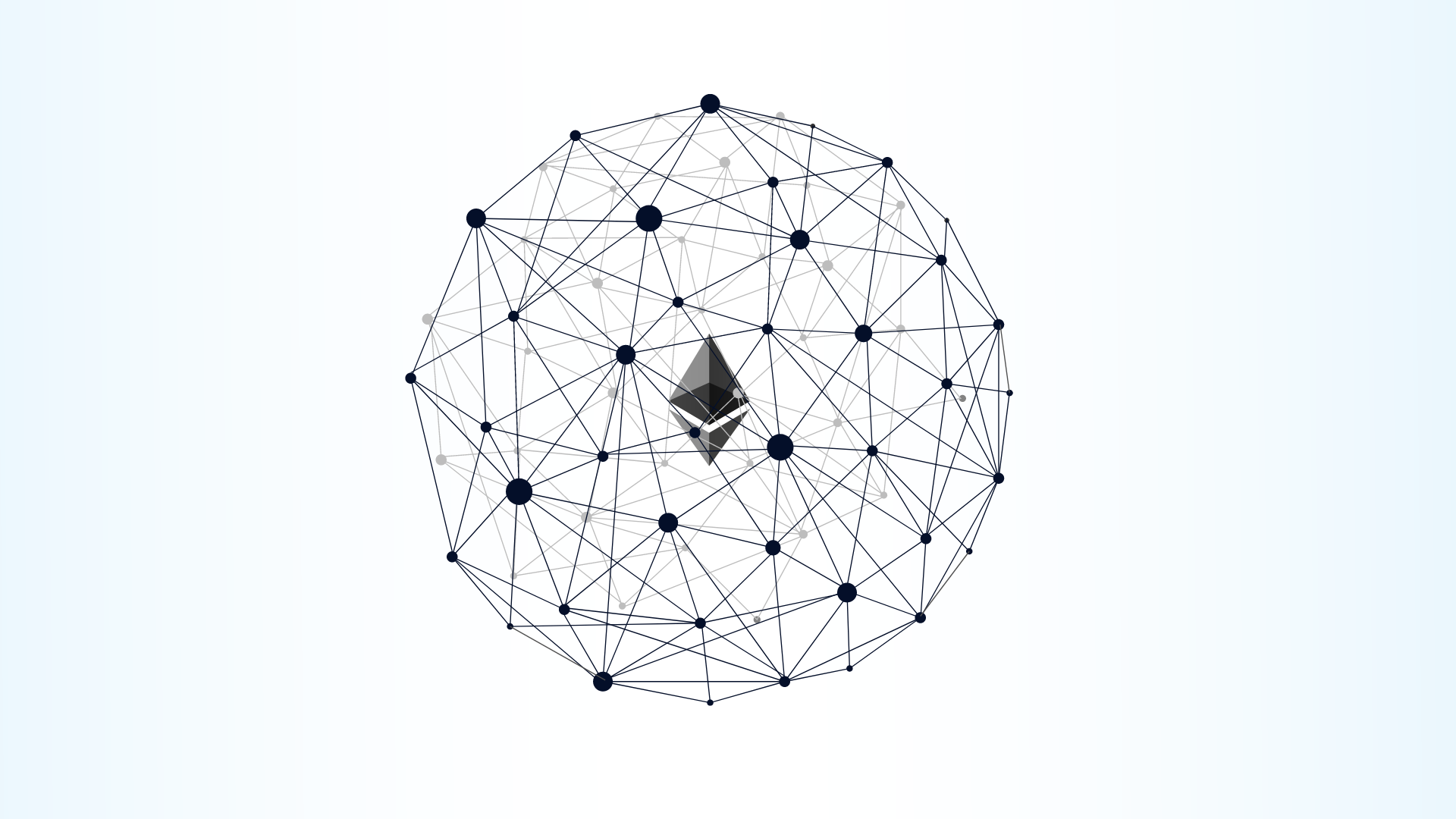 Previously when a software was built by a company, the company made all the decisions regarding its use, features, functionalities etc. But with when open source softwares are built, all the decisions revolving around this software cannot be made by a small group of people. It makes more sense for the users of this software to have key decision makes representing different perspectives around the world. This not only encourages global adoption, but also reduces bias, increases transparency and also makes its more user/consumer drive.

While an open source software is just an example, a DAO could be implemented for any group of people. Eg: Developers, Investors, Charities, Companies, etc. To become a part of a DAO each individual must represent some kind of ownership in the DAO, this can be achieved by tokens. Tokens represent either an equity, decision making power or any other aspect of a DAO. These tokens can be offered, purchased or won etc. Ethereum is a good example for this kind of a token where it acts like a member ship card enabling access to key decisions, community and benefits etc of a particular DAO which is implemented on a Ethereum Blockchain network.

In order to achieve this structured approach a set of guidelines and policies need to be defined for it to be operationally efficient. Hence an organisation.

Why is it Autonomous? 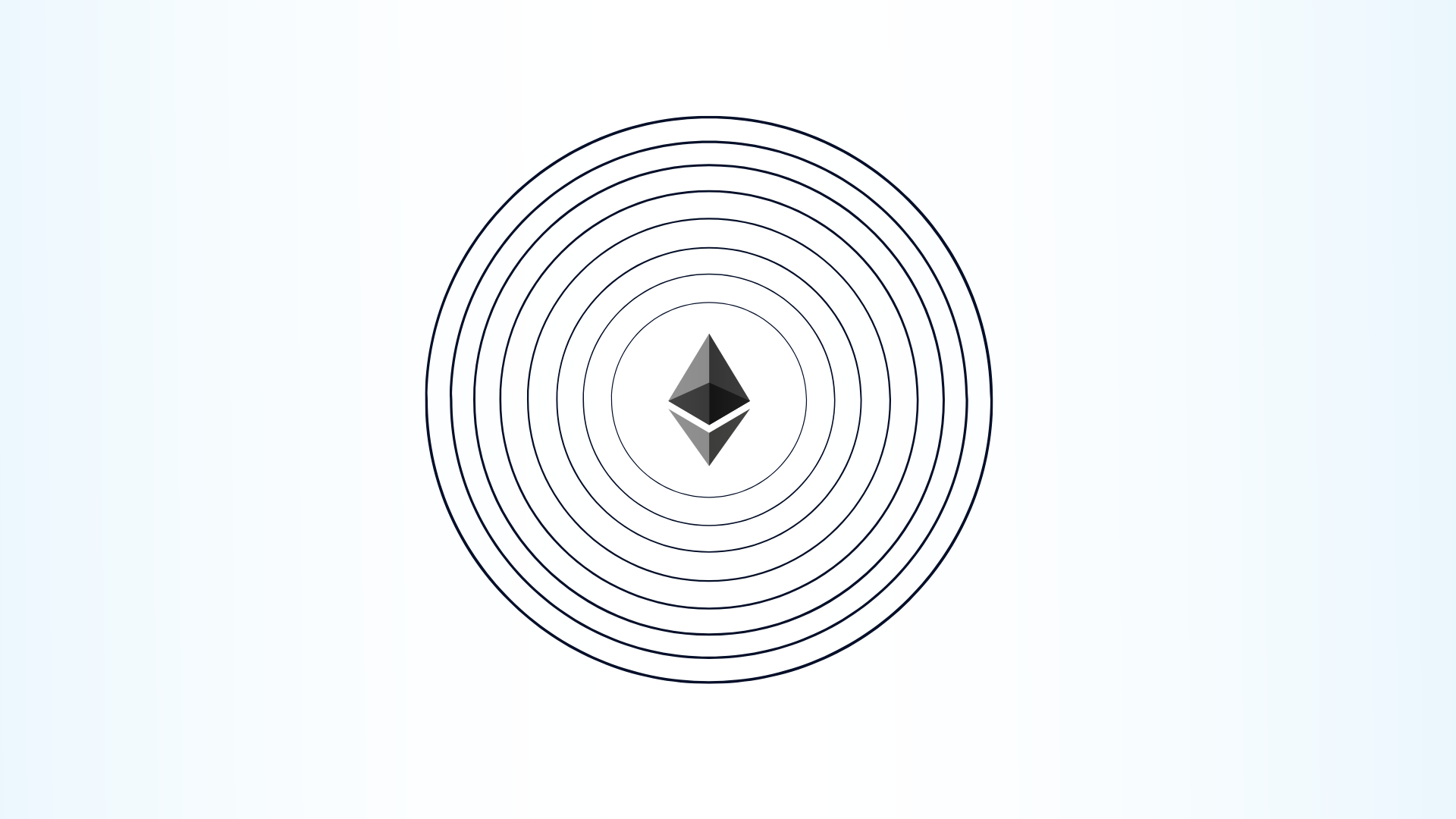 In a traditional structure of an organisation it must follow different legal policies from a government agency such as the office of commerce, tax department, charity commission, regulated banking structure etc. But in a DAO the infrastructure is completely decentralised. A software can be run on any computer in any part of the world without intervention of any government authority or legally representative body. The resources used in this structure are completely open-source,  global and shared or paid by the DAO members and is beyond the control of any legal/government entity. This allows DAOs to be autonomous in their operation.

While the DAOs are not regulated, this does not mean that they have no policies or are lawless in nature. DAOs can set their own rules, operational guidelines, policies, a decision making process for use of resources and the key decision makers if necessary. It is usually recommended to have a written document when forming a DAO to make sure it is dispute proof. There are also web3.0 DAO courts where these kinds of matters can be settled among the community members when the decisions are not made within the framework of this DAO document.

How is it Decentralised? 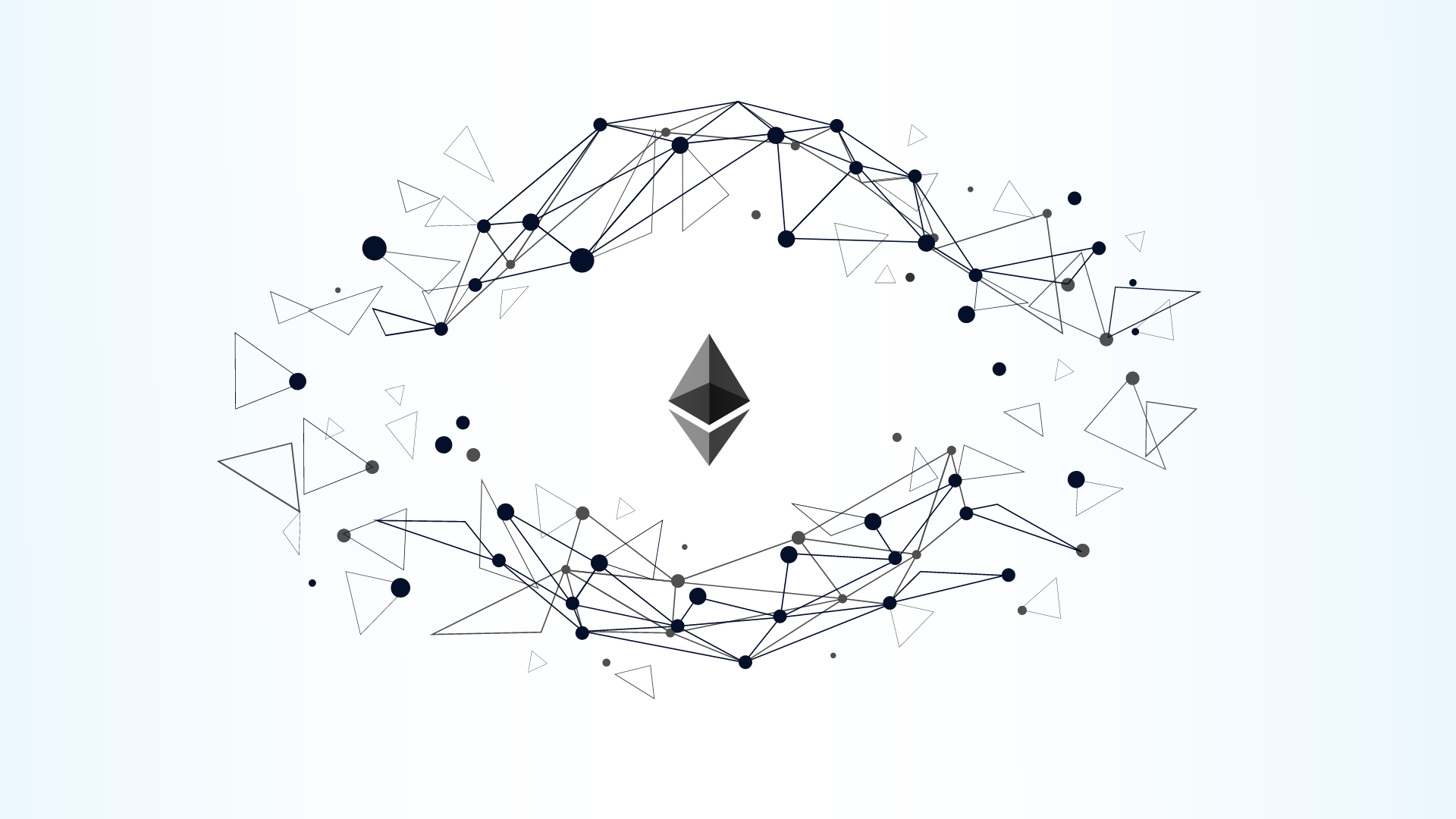 Ideally all the decisions of a DAO must be made on a chain where the DAO’s tools are implemented. But in most practical scenarios these decisions are made by colleagues or contributors in an informal structure via Discord groups, Telegram groups etc. For this purpose DAOs use a different platforms for decision making and formalise it more on a signalling platform for the entire community.

Most of the DAO structures can be very complex if correctly implemented. There are also amazing tools supporting these complex structure. But due to complexity of governance, many organisations choose a simple democratic structure where each individual can propose ideas and also vote for every decision.

Implementing a traditional hierarchy usually kills the efficiency of a DAO. Hierarchy can usually cause loss of ideas from the bottom level leading to decisions which might not be as impactful like in the web2.0 world. This also means the core purpose of the DAO is not utilised properly. In order to overcome this there are many tools which enable community members to vote for idea meritocracy, priority management and also resource allocation. These kind of decisions collectively form a well informed and efficient decision for all the stakeholders involved.

DAO software can be accessed via a browser or a mobile app around the world, while its backend is completely based on a cryptocurrency or a payment network such as Ethereum, Polygon etc. The network contains thousands of nodes i.e computers around the world where each node checks the integrity of the other. If a single computer tries to process a fake or rogue transaction all the other computers in the network will reject it . This ensures a decentralised governing structure through code and algorithms making a DAO very robust.

Most DAOs can access people in their community or network. They can also collectively hire necessary workforce around the world using the funds that belong to the community to do a particular job. As the DAOs are not geographically limited which provides them a significant advantage to the globally accessible talent pool. DAOs also allow open source contributions from any passionate individuals and in exchange they are compensated via tokens or the cryptocurrency chain the DAO is usually based on.

Most payments involved in a DAO are usually carried out in a native currency of that network. Some networks also support or allow possibilities to create non-native crypto currencies on the network. The tokens or cryptocurrencies are the complete base for all the transactions carried out on a DAO which inturn is not regulated by any government entity thus allowing free banking and low transaction costs (depending on the network). This allows the consumer to choose the token/currency of his choice increasing flexibility and reducing conversion fees (depending on the network).